Known for its monuments, memorials, museums and culture, Berlin is a city filled with history. But hidden among its more prominent historical sites are a number of hotels that have also played a surprising but prominent role in the heritage of Berlin. From political headquarters to the site of the infamous Nazi book burning campaign, some of Berlin’s biggest moments have taken place in and around these hotels. 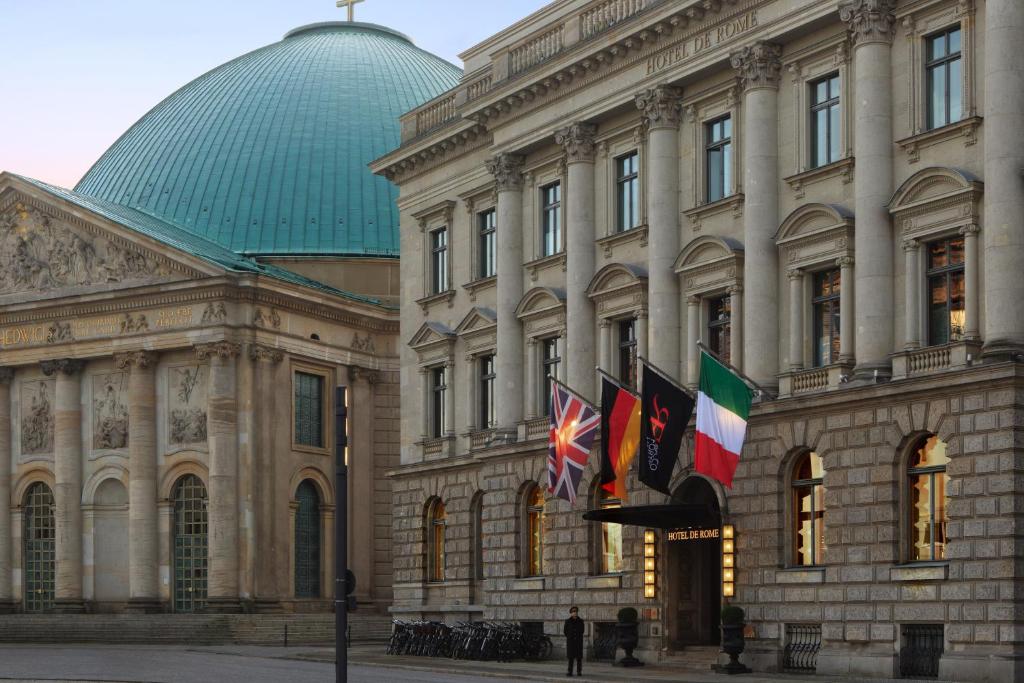 The Hotel de Rome is a 19th century building that originally housed the headquarters of Germany’s Dresdner Bank. The Hotel is part of Bebelplatz, the historic square which is the site of the infamous book burning campaign by the Nazis in 1933.

Built in 1889, the building was home to the headquarters of Germany’s Dresdner Bank and, after World War Two, hosted the state bank of communist East Germany (D.D.R.).

Guests checking into the hotel are in a for a unique banking themed experience. The bank’s old jewel vault has been converted into an underground luxurious spa, with the original steel-and-copper money vault now reformed into a chic nail salon. Whilst rooms once used as bank manager’s offices are now suites and the cashier’s hall has been turned into a rather grand ballroom. The Grade II-listed building began life in the late 1920s as large department store which was later sold to the Reich Youth Leadership. It served as the organisation’s headquarters during the Second World War.

In 1928 two local entrepreneurs Hermann Golluber and Hugo Halle, decided to turn their small watch company, Jonass, into Berlin’s first large department store, known as ‘Kaufhaus Jonass’. When the National Socialist Party came to power in Germany the store’s Jewish owners were forced out and the new owners rented the building to Hitler’s Reich Youth Leadership, who used it for their headquarters during World War Two until 1945.

When East Berlin fell into control of the Soviet Union, the building became home to the Communist Party’s Central Committee (the SED), who ran the new socialist state from its offices. After the collapse of the Berlin Wall in 1989, the building was handed back to the original Jewish owners until it was sold to the Soho House Group. 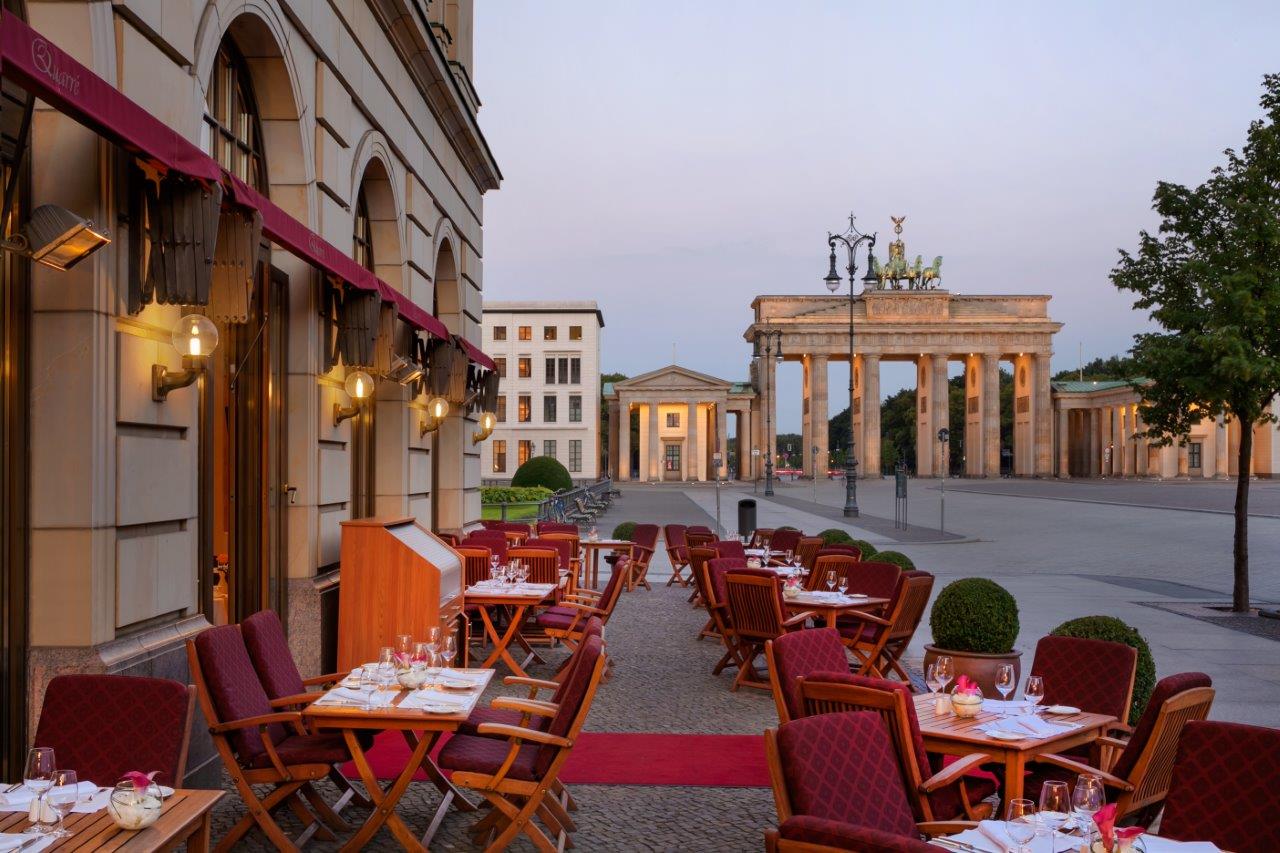 Situated next to Berlin’s famous landmark Brandenburg Gate, the Hotel Adlon Kempinski was originally founded in 1907 and became one of the most famous hotels in Europe when it opened. Although most of the original hotel was destroyed in World War Two, a new building opened on the same site in 1997 that takes creative inspiration from the hotel’s unique history.

From its launch until the end of World War Two, the hotel hosted some of the most famous names in modern history including the Tsar Nicholas II of Russia, Thomas Edison, Henry Ford, John D. Rockefeller, Charlie Chaplin, Albert Einstein and Franklin Roosevelt. It was mostly destroyed during the war years, reopening in 1997 under the brand name of the Kempinski hotel group.

Rebuilt in the image of its predecessor, the property sits on the same spot and continues to attract celebrity guests, including the pop star Michael Jackson who controversially dangled his child from one of the hotel’s balconies.

Max Zellermayer first opened Hotel am Steinplatz as a luxury hotel in 1913. The hotel facade is listed as an historical monument and is famous for being in the Art Nouveau design style. Beyond being a hotel, the building has been used as a stately home, officer’s mess, artists’ bar and retirement home. After the October Revolution, a number of Russian aristocrats stayed in hotel suites, and the hotel was a popular meeting point for the Berlin and European artistic scene.

The hotel went through a total refurbishment in 2012 since it became the first German hotel in Marriott Hotel’s Autograph Collection. It now features a spa on the top floors of the hotel and a restaurant, which serves up modern versions of classic German recipes and locally brewed craft beer.

The hotel was built between 1938 and 1940 by leading conservative architect Johann Emil Schaudt, who designed Das Stue to emulate the appearance of leading German department stores, with its neoclassical curved façade tiered with cascading balconies.

It served as the Danish government’s embassy until the Second World War, after which they reclaimed it and used it as their embassy for the next 38 years. It was sold for public housing in 1970, but fell into disrepair until city officials turned it into a huge office complex in 1983. From 1986, Deutsche Bundespost (the German Post Office) and Deutsche Telekom used it as an executive training site.

It was finally converted into a luxury hotel in 2009, and along with a section of new build which makes the most of views over the neighbouring Tiergarten, has retained many of its historical features such as parquet flooring, French doors, and restored wooden inlays.