7 Austrian Villages That Are Just As Beautiful As Hallstatt

WITH EACH POPULAR film or television show comes a deluge of tourists to the production’s filming location or the fictional setting where it takes place. Take, as examples, the boom of visitors in Croatia’s Dalmatian Coast and Northern Ireland to see where Game of Thrones was filmed or the tourism industry built around the Lord of the Rings movie series. Now, the same is happening in fairytale-esque Hallstatt, Austria, where fans of the Frozen franchise are crowding the Alpine hamlet (even though both films were influenced by scenery in Norway).

As pretty and historic as it is, Hallstatt residents say the town can’t handle the touristic onslaught. It’s always been a popular destination, and it’s even a UNESCO World Heritage site, but the number of buses winding through the steep streets has tripled over the last five years, as one example of the issues the village faces. Tourism-curbing measures are in place, and residents seek to reduce the number of visitors by a third. Fortunately for the people of Hallstatt and tourists alike, a number of villages throughout Austria are equally gorgeous and have the infrastructure to provide extensive hospitality. 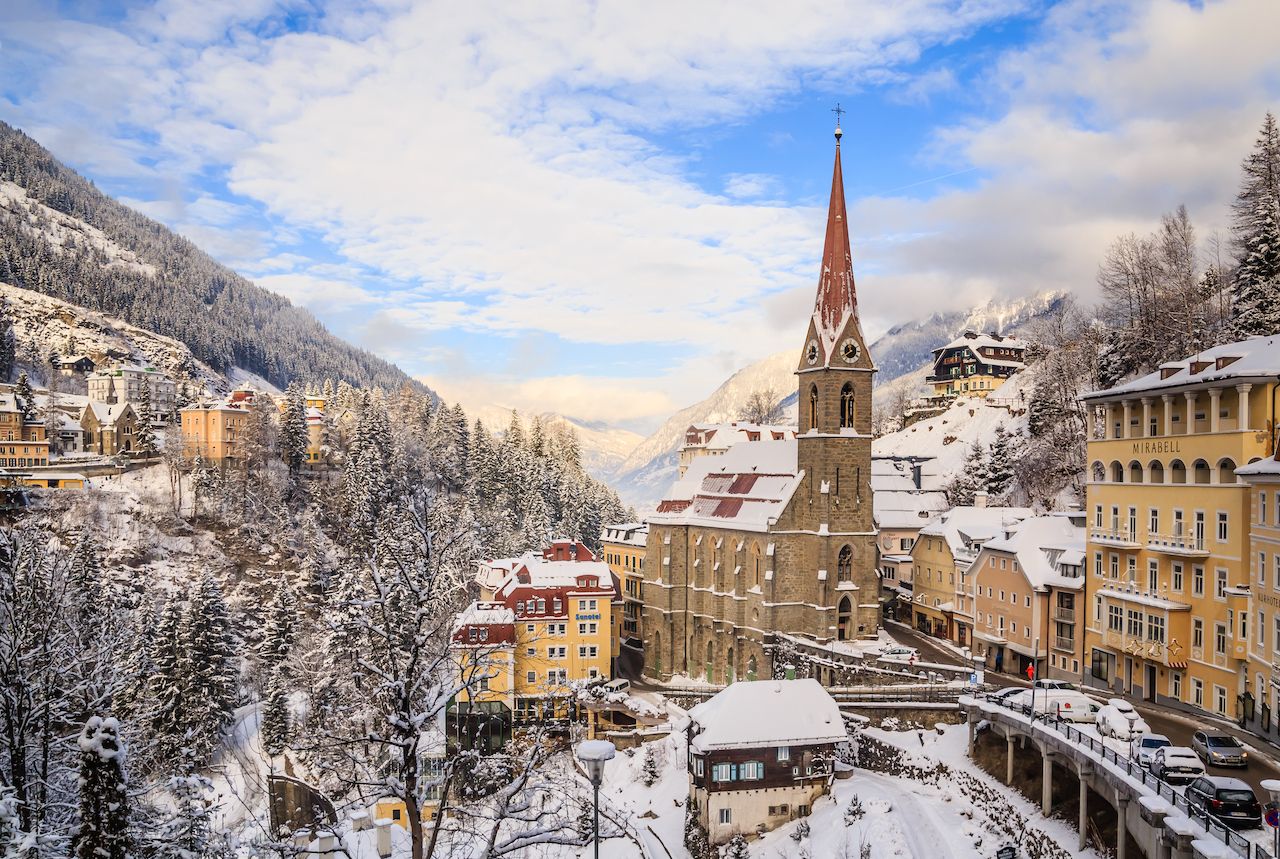 The spa town of Bad Gastein is set in a gorge and flanked by the snow-capped Hohe Tauern mountains. It’s only a 1.5-hour train ride south of the city of Salzburg, and it’s home to healing thermal lakes and plummeting waterfalls that provide a backdrop for the bi-annual Gastein Yoga Days, one of the biggest yoga events in Europe. Of course, being an Austrian mountain town, there’s amazing skiing to be had from November to April. The tiny town is not yet inundated by tourists, and it has beautiful hotels, inns, hostels, and huts to accommodate many more than it currently receives.

The medieval town of Zell am See, located on Lake Zell just south of Saltzburg, can easily compete with pretty Hallstatt. With the clear waters of the lake, mountain peaks, and verdant hills reminiscent of The Sound of Music, the village is picture perfect. But it’s not just relying on its looks to attract visitors; there are activities to partake in all year-round, from skiing and ice skating on the lake in the winter to hiking, biking, and boating in the summer. The village is also very family-friendly, with a mystical forest attraction and three enclosed water parks on the lakeshore. Every February, the town hosts Balloonalps, a week of balloon experiences, including rides above snowy landscapes and evening shows during which illuminated hot air balloons glow in the night sky. Zell am See also has some adult fun with its sophisticated casino located in the luxurious Grand Hotel.

Near the borders with Switzerland and Lichtenstein in the state of Vorarlberg, Feldkirch is known as Austria’s most energy-efficient city. Many travelers pass through on the way to other destinations, but they’re missing the 13th-century Schattenburg castle, with a museum and eateries inside, as well as the Gothic St. Nickolaus Cathedral. Outdoors folk will find plenty to do, especially hikers.

Kufstein is known not just for its attractive chalets — of which there are plenty in the walkable city center — but for the gigantic Kufstein Fortress located on a hilltop and accessible via the Kaiser Maximmian sky gondola. Another attraction, the world’s largest freestanding organ, is inside the fortress. The “Heroes’ Organ” was built to honor deceased World War I soldiers, and an organist plays a recital on it daily at noon, and at 6:00 PM in July and August, to remind anyone within earshot about the importance of maintaining peace.

Many members of Mozart’s family lived in the small village on the shore of Lake Wolfgang, though the composer himself never lived there. Situated in the state of Salzburg, wealthy Viennese people keep summer houses in and around the lake. As with many other mountain villages, St. Gilgen has a cable car providing panoramic views, but what sets the village aside are its baroque churches, most notably the 750 AD Roman Catholic Parish Church of St. Egidus around which St. Gilgen was established. 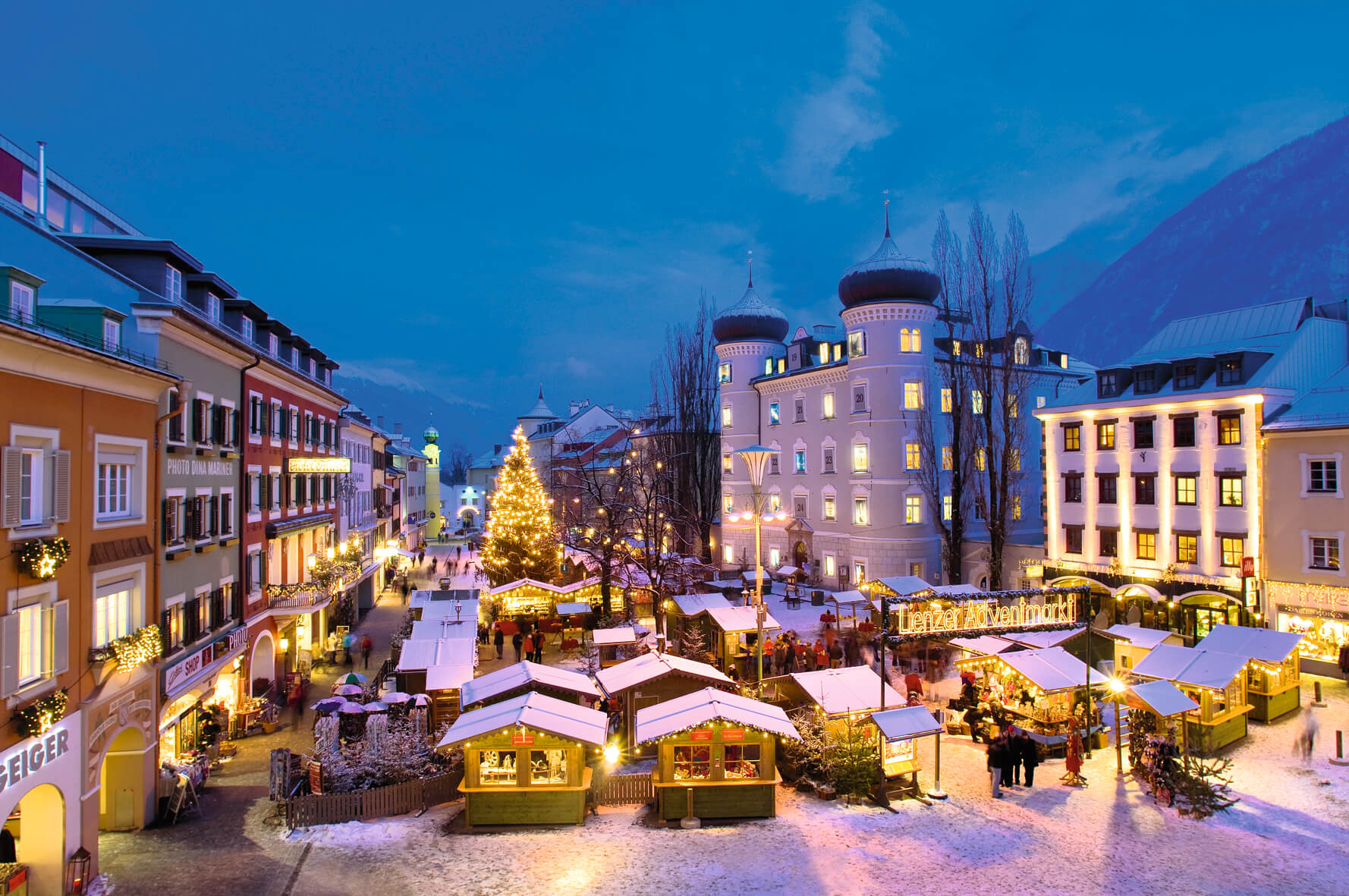 Lienz’s southern location in the state of Tyrol provides a warmer, almost Mediterranean, climate and fun activities like summertime tobogganing at Adventure World Assling. The Lienz Dolomite range provides the town’s backdrop, and its fascinating, craggy, spire-like formations are attractive to climbers and hikers. Lienz is famous for its boutique shopping and gastronomic scene, and for the 750-year-old medieval Bruck castle with its museum and gothic frescoes.