7 Reasons You Should Visit Basel, Switzerland at Least Once 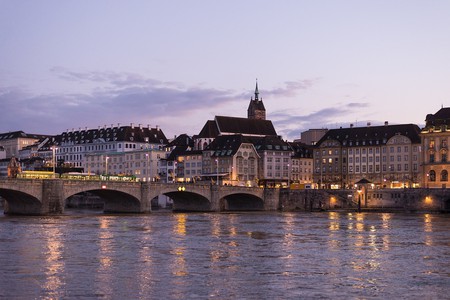 Basel, nestled on the Rhine river, is Switzerland’s third-largest town and, partly because of its proximity to France and Germany, has a strong sense of its own identity. You’ll see this in the city’s adoration of all things art and in its colourful, raucous yearly Fasnacht festival that is a must-see. Here are some of the reasons why everyone should visit the city at least once.

It has a great art scene

Basel’s citizens love art. In 1967 they voted to buy some Picasso paintings, when the famous Spaniard found out, he was so touched that he donated three of his works to the city, cost-free. This tells you all you need to know about the Baslers and their love of culture, which is on display in the city’s many art museums. The city also hosts Art Basel, the world’s premier art exhibition.

Great markets abound across Basel, particularly at Marktplatz in the city’s historic old town where you can pick up all the fresh foods you desire or sample some local delicacies. If that doesn’t pique your appetite, the delightful odours of Basel’s Indoor Market may; specialities from all over the world are brought together under one, massive domed roof.

Some would say this riotous 3-day festival is the only reason to visit Basel. The carnival kicks off cold and early at 4 a.m. with masked musicians parading through the streets of Basel’s old town and continues in the same vein with parades, satirical poets and plenty of beer and food on offer. It falls on the first Monday after Ash Wednesday every year.

Basel is a bi-lingual city, on account of it being so close to both France and Germany. There isn’t a line that cuts through the city dividing Swiss German (who make up most speakers) and French, but there’s still an interesting mix going on that’ll strain your comprehension. If you want to brush up on either language, or both, Basel is the perfect place to go.

The golden boy of Tennis, Roger Federer was born at Basel’s Cantonal Hospital. If you visit Basel during the tennis season over the next two years you may get to see the legend in action since he recently committed to play at the Basel Indoor tournament for the next three events until 2019. “Playing in Basel is always one of the highlights of the year,” he said.

It boasts around 300 days of sunshine every year

Basel boasts a temperate climate and is a great place to be during summer. The banks of the Rhine become a popular destination to escape the heat, and you’ll see plenty of people swimming in its waters. The city is blessed with around 300 days of sunshine every single year, so even outside of summer you are likely to get a bit of sun.

Basel’s Zoo is one of the best

Basel’s zoo first opened its doors in 1874 and is the oldest, and one of the largest, in Switzerland. Animals from all across the world can be seen, including many endangered ones The zoo is non-profit and funds go toward helping conservation and breeding programmes around the world. In 2024 the zoo aims to open the ‘Ozeanium’, a large aquarium dedicated to showcasing the world’s oceans and inspiring people to learn about their vital role in our planet’s health.

You won’t only find art museums in Basel. Across the city there are over 40 museums to choose from including the world’s largest collection of stuffed teddy bears, an all together unusual walk through the history of pharmacies and a top-notch natural history museum, just in case you didn’t get your fix at the zoo.

Basel’s history in written in the streets of its old town. The curiously red Rathaus (town hall) with its elaborately decorated inner courtyard will leave you puzzled, while the Basel Cathedral will leave you in awe, particularly when you gaze out across the city from the Pfalz, a terrace overlooking the Rhine river. 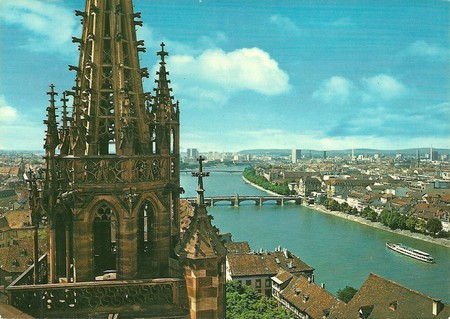 Basel is home to some of Switzerland’s largest and most eclectic theatres. Between them The Musical Theatre Basel and The Theatre Basel cover all the bases with drama, opera, ballet, colourful stage-productions and modern takes on old shows taking to the stage and wowing audiences on a regular basis.

During the festive season Basel spares no expense as the city is illuminated by fairy lights and its streets lined with over 100 Christmas trees. The famous Freie Strasse becomes one of Europe’s longest displays of decorations creating a truly magical shopping experience. While Basel’s incredibly popular market, spread over two squares in the historic old town, is one of the biggest and best in Switzerland. Christmas is a Basel experience that’s not to be missed.

Basel sits right on the corner of Switzerland, France and Germany (Basel airport is actually in France). So after you’ve explored the city, you can easily access the rest of central Europe by plane, train or whatever mode of transport you prefer. You can easily reach Frankfurt, Paris or Milan in around four hours by high-speed train.